After fifteen and three quarters years, our dogs are no longer with us.  It’s still a bit sad and it still hurts a bit when I think about it, but we had 15 awesome years with Gabby and Zena.  Fifteen great years where we loved them and they loved us and that’s a pretty great deal.

Gabby and Zena were born on March 29th in 2007.  Christina and I had talked about getting a dog, partially because it was our first time getting a dog together, and partially to have something to care for and be a part of our family.  Initially, it was just one dog.  But, you know, we were both working and then it became “well, one dog will be lonely, they need a friend”.  Eventually, we thought about getting two from the same litter.

Christina has allergies, but we had read that Labradoodles are hypoallergenic.  What we didn’t understand then is that if you breed a Lab with a Poodle, the first generation isn’t really all that hypoallergenic.  It’s only after you breed that first generation with Poodles again that you start to see them being more hypoallergenic because of the tightly curled fur.  But, we didn’t know.  What we did know is that Christina found some very cute puppies at a local breeder.

So, we pulled the trigger and decided to get one that we liked and the other was half-price because we agreed to let her be bred (for that second round of Labradoodles).  The breeding didn’t work out (which we were good with) because Zena turned out to have bladder control issues (which we may have exaggerated a bit).  So, we eventually got them fixed.

They ended up named Gabby and Zena because Christina likes Z names, so she chose Zena, but I heard Xena and if you have one black dog named Zena, the other blond one, by law, has to be named Gabby (cf. Xena Warrior Princess).  I don’t think Christina knew about Xena, but I still got to name the other one Gabby.  And wholly smokes did that end up being prescient as Gabby was the mouthy, loud one, barking and talking and always letting you know what she had to say.  Zena, not so much.

The dogs were perfectly sized for us.  I initially thought there were going to be too small for me.  I don’t care for really small dogs and in this case, Science (or a turkey baster) had created them by way of a Chocolate Lab and a miniature Poodle.  I didn’t expect much.  Turns out a 35-lb dog is kind of perfect and two of them fit in the back of a vehicle just fine for a trip to the ocean!

We decided to send them off to Puppy Training Camp for a couple of months after getting them.  We know/knew nothing about training dogs and we both worked full-time at the time, so we knew that everyone was going to benefit, but I had no idea how much.  We sent off a couple of 12-week-old pups, unruly and knowing nothing, and got back a couple of young ladies who could walk on a leash, would heal, sit and stay.  And they never forgot how to do that and that made all the difference in the world for us in terms of them fitting into our household.  They were always well-behaved girls.

They were great pups for us for their entire time with us.  Fun to be with, fun to play with, good company, well behaved.  They did shed a bit, so we would joke that after vacuuming we could assemble a small rabbit out of the fur, but it wasn’t bad and they didn’t trigger Christina’s allergies, so we were fortunate.

Zena was so fast when she was young and could run for what seemed like days to chase a ball.  Gabby ran like a freight train, low to the ground and fast, legs ablur, but she could never catch Zena who seemed designed for running.  And if you gave Gabby a head start and then let Zena go, if she didn’t catch up completely, she’d hit Gabby like a linebacker to take the ball away.  Eventually, we had to let them take turns or else Gabby would never get it.  No, that’s not true.  Gabby was, in my opinion, always a bit smarter.  She would watch much more closely where the throw was going.  So, you could trick Zena who would head out to the same place you threw the ball last time, but Gabby would wait for you to throw it, so if you adjusted slightly in one direction or the other, she’d go where the ball was going whereas Zena would go where the ball was last time.

Gabby loved to chase squirrels, though she never caught one.  We found a dead mole in the backyard once and Zena had it in her mouth, but I think it died of a heart attack.  I don’t think Zena caught it.  One year Gabby blew out her ACL, juking after a squirrel.  We decided to have it operated on, hoping to give her the best chance at recovery.  It was an expensive procedure!  And after she healed up from that, she went out the next summer and blew out her other knee.  Sigh.  But, for the most part, we had no real health issues with the dogs and were fortunate in that regard.

Inevitably, as time went on, they got older and started to slow down.  A 45-minute ball chase session at the park or school would become 30 minutes, then 20 minutes then eventually 10 minutes.

As they reached about 15, their health started to decline.  They started getting cataracts in their eyes and their hearing started to go.  Pretty soon we were teaching sign language to our dogs because they couldn’t really hear us anymore.

Dementia, it turns out, is a real thing in dogs as well.  We’d find Zena staring off into a corner, not moving.  Like her brain was rebooting or there was nothing going on but a dial tone.  Over time, if either dog couldn’t see me or Christina, they’d get up and wander and go looking for us.  Even if it was 20 feet in to the kitchen where they just found us 10 minutes before.  They had developed the attention span of a goldfish.  If they couldn’t see us, we didn’t exist.  And if we didn’t exist, they needed to go find us.  This kind of wandering behavior is common in humans with dementia.  I didn’t know if was a dog thing, too.

All they ask for in return is some food and water and all the love you can give them and in return it becomes the most unconditional love we ever experience.

Christina and I had talked about what we would do when their quality of life declined and we had agreed that a time would come where we would put them to sleep rather than have them suffer.  For us, that time came in late December after a couple of tough months with them.

We looked around and found a vet who would travel to our home and they could pass with us, at home with us by their sides.  In the days before we scheduled this, they got extra attention, more treats and some awesome playtime in the sunshine.

The whole process was as positive as something like that could be.  The vet rolled up and was calm and calming for us.  He spoke quietly and listened to what our wishes were for the process.

We got down on the floor with them and had them lay on their beds.  The vet gave them an initial shot which sedated them.  In a minute, they were snoring gently.  Then a second shot was given and withing another minute or two, their hearts stopped and they were gone.

As hard as it was, I wouldn’t have been any other place that day.

This was far harder to write than I thought it was going to be.  It was two months ago now and it’s still hard.  It goes to show that they may be gone, but they are never forgotten.

It’s entirely another blog post, but the whole process of putting our dogs “to sleep” seemed so humane, so pain-free, so easy on them, and as easy as we could hope for us.  It seems so very wrong that a similar option doesn’t exist for us as humans.  But, that’s a conversation for another day.

Gaby and Zena had great runs.  So many, many great runs.  But a great run with us and we with them.  Hands down my favorite dogs I have had in my life (though Chopper, the dog I had when I was around 8 to 13 was pretty awesome!) and I feel so fortunate to have had them in my life and to have been there for their entire journey through life and with us.  Thanks, Girls.  You were the best. 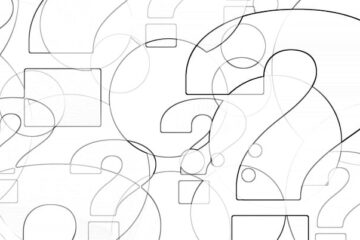