Make: I Published an RPG Adventure! 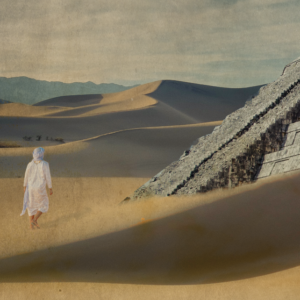 I’ve been playing Role Playing Games for a decade.  I’ve been the the guy in charge, the Dungeon Master or Game Master (DM or GM) a few times and for more than a year and twice ran my own homebrew (made up) game worlds with my own overarching story.  What I haven’t done was write my own adventure and make it available outside my game group.  Until now, that is.

In July I signed up for the RPG Writer Workshop: Write Your First Adventure.  This was a course that was a month long and the end goal was to produce, well, Your First Adventure.  It was largely focused on D&D, but the principles are applicable to any system.  Really, to writing any piece of fiction, but there was a lot that was focused on writing a module or adventure for a Role Playing Game (RPG).

The course came with a number of modules and exercises that were released throughout each week and through the month, as well as including guest columns by folks from the industry.

The curriculum included a nice welcome package and how to put together a writer’s toolkit to help stay motivated and organized.  It also covered some welcome areas like how to design for accessibility, mind mapping, how to get unstuck and how to stay motivated.  It covered the steps from Outline to Draft to final format.  It introduced the importance of conflict when you are writing.  The final portion covered format, cover design, layout and playtesting.  The final portion was about marketing your work.  We’ll come back to that in a bit.

All this for $29 for the month and access to a very active Discord server where you could connect with others in roughly the same place in writing their first adventure.  All in all, a very good value and I certainly received value from the exercise.

I quickly generated an idea, based tangentially on an encounter that I created for my monthly game.  I changed the setting and the villain a bit, but the main hook was very similar.  This meant I could focus on all of the other parts rather than get bogged down in trying to come up with a story.

There are some additional jobs if you’re going to publish your own adventure.  Off the top of my head:

So, that’s five people’s worth of jobs and they’re all different.  Six if you count the author!  For the purposes of this exercise, I took on all the roles, for better or for worse.  I should have enlisted my wife to help with editing, but I got rushed near the end, but that should have happened for sure.  The rest I wasn’t willing to pay anyone for, so that left me writing, editing, creating all the assets, doing the layout and, in the end, responsible for publicizing what I’d done.  That’s a lot of jobs for one person and speaks to one of my favorite figures of speech: “Jack of all trades, Master of none”.  I know enough about myself to know that with time I can become pretty good at any one of those pieces, eventually, but I was unlikely to spend enough time to master any of them.  C’est la vie!

In the end, I wrote an adventure called: “The Oasis of Meerit’s Mercy”.  I liked the alliteration of “Meerit’s Mercy”.  It’s intended for a party to play in a long evening, but could easily be a couple of sessions.  There’s a bit of mystery, it’s wide open how they solve the problem and it’s targeted at reasonably low level characters.

I chose to publish my module on the Dungeon Master’s Guild.  You can find a link to the module here.  One of the benefits of participating in the class (and completing an adventure) is that you can have your module included in a bundle put together by the RPG Workshop.  So, my work is also included in that, which you can link to here.

Here are the covers to my module and the bundle:

Here is the description, which tries to hook the reader in to looking more closely:

Deep in the desert lies an impossible oasis populated by those saved by Meerit, keeper of the oasis. She provides food and water to these people, who are thankful and dedicated to her. But, is there more going on than meets the eye?

Spoiler: There is more than meets the eye!

Here are some examples of the assets I created:

My adventure has been up on the DMs Guild for a month, so let’s take a look and see how it’s doing.

After a month of sales, I’ve sold … three copies.  And my son was one of those.

You might wonder if I’m disappointed.  Nope.  Not really.  Fortunately, I’m doing this for fun, not to make money, which is good because I am being completely successful on that not making money part!

What are the takeaways from this exercise, at least from my perspective.

Recall those six jobs that I mentioned earlier?  Each and every one of those jobs is not trivial and if the quality is not there in one or two (or three or four) of those areas, the resultant product is not going to be awesome.  So, there was a clear consequence from doing all the jobs on my own.  If rough cut at grading myself would look something like this:

Now, let’s talk about that last one.  The Workshop had an entire Lesson on the importance of Marketing.  And let’s be clear: You’re not going to be successful with something like this unless someone is responsible for helping to get the word out.  There’s too much stuff out there and no reason that my little adventure will be seen by more than a few handfuls of people.  In the world of self-publishing, and that’s what this is, what is likely to differentiate the successful from the unsuccessful (setting aside the quality of the work, which is obviously the dominant factor) is how well the author gets their stuff in front of as many eyes as possible.  As my son said, it’s important to “hit the Social Media!”

Yeah, no.  Marketing and promotion, especially self-promotion is an area that has never, ever had any interest to me.  It is not something I care if I get good at and I don’t think I have any natural talent or inclination in that area.  It means networking with other writers, being seen (virtually) where folks who might purchase your work may see what you’ve done and take an interest.  The correlation between a successful self-published author and their effectiveness in self-promotion must be very, very high.  There are exceptions, of course, but there’s a lot of noise out there to try and cut through and that takes time and a great deal of work.

When I was younger, it was a huge goal to be published.  Something, anything.  In the post-Amazon world, getting published, in and of itself, is not difficult.  You can put up nearly anything there and be sold in the Amazon store.  That bar doesn’t mean much, anymore, as a measure of quality.  Ditto self-publishing my own adventure.  No one reviewed it, no one sits as gatekeeper, no one edited it.  I could have still been “published” if I’d put utter dreck up there.  I suspect the folks who do well in this area work with a network of friends and resources who can help with everything from editing, to proofreading, to making covers and maps, etc.  And the ones who do well are the ones who know how to work the social media!

By the way, at this point I’ve published a game in a computer magazine (back when those were things), I’ve been in a gaming magazine with an article I wrote for a project I created and now I’ve published my adventure module.  So, while none of these things will net me much in the way of income, that’s okay!  That’s never been the primary goal of any of these things.  They were done for fun and to share what I’d created, so in each case, I still count them a success!