No, I don’t have amnesia, but part of this idea of writing for the year is to explore who I am at this time in my life.  But, that can get a bit navel gaze-y, especially since it’s me both asking and answering the questions by necessity.  But, if I were to ask the question of who I am to the external world and specifically this year at this place in my life, that might be an interesting thing to capture.

I am, variously, a father and a husband, and a friend.  I am a curious person who values science and careful thought and careful words.  I like to make things, both as a way to bring things into the world, but also as a way to learn new things.  I have often thought of myself as a “jack of all trades, master of none”.  Which is a way to say, usually if I don’t know how to do something, I probably think I can work it out.

More specifically, I will spend most of 2023 being 58 years old, which I’m not today, but will be not too far in the future.  I’m your basic white dude.  23andMe claims that I’m 98% basic European white mutt, focused primarily in Ireland and Germany.

I’ve got my own collection of complaints as I get older.  I have something called Peripheral Neuropathy.  Imagine that your nervous system is like the electrical cords of your favorite appliances.  They have a plastic sheath around the wires.  The wires carry the electricity, which is similar to how our nerves carry electrical signals throughout our bodies.  In some folks, for a variety of reasons, that sheath that protects our “wires” starts to break down.  When that happens, just like the electrical wire analogy, we start to suffer from short circuits where the signals in one direction or the other (or both) start to not get to where they’re supposed to go.  On top of that, electrical crosstalk is often perceived as pain because our nervous systems are confused about the short-circuited signals and misperceive them as pain.

The other interesting characteristic is that this breakdown of the nerve sheaths starts in the nerves furthest from the central nervous system, which means at the ends of the legs, first experienced as numbness in the toes.  Mine has traveled roughly halfway between my ankles and my knees.  I tend to experience it as shooting pains, and numbness, and my feet are overly sensitive in general.  I almost never go barefoot anymore.  What used to feel nice now just feels painful.

I have a variety called Charcot-Marie-Tooth Disease Type 2.  There are sub-types, but there’s little reason to figure out which one because there’s really no difference in the treatment or the course of the disease.  Basically, they’re all just bad gene transcriptions.

There’s no cure for this, only managing symptoms.  The medication options for this disease are not great.  They’re all trying to treat the fact that as the nerve sheaths break down, random pain and discomfort become the norm.  There are some meds that take the edge off.  If that stops being sufficiently effective, it seems the only other option is opioids, which is not a direction I’d like to go.

This disease limits me because I get about 5000 to 7500 good steps in a day and after that my feet start to complain.  Loudly.  So, being mindful of those limits affects my options for activities.

That concludes the medical nonsense.  What else is important to know about who I am in this year?

I retired about 2.5 years ago, just as the COVID pandemic was kicking off.  I worked for about three months into the pandemic, with all my work going virtual and Work From Home and my work as an Engineering Manager became 30-50% harder to do virtually because a large part of that role is to spend time with teams and figure out what’s going well and amplify that and figure out what’s going poorly and try to help address that.

Work got harder and, frankly, I was starting to repeat myself.  I was about as good an Engineering Manager as I was going to get and it was clear that I wasn’t going to go further up the management track because I am ill-suited to the political requirements of those roles.

So, what to do?  After a fair bit of thought the answer became clear: Retire.  It was time to answer a question I had pondered as I got older: If you had all the time and only worked for yourself, what would you do with yourself?

There’s a great discussion around “Should I retire?”  The obvious first questions all revolve around whether it’s even an option financially.  Here in the US, the cost of healthcare unfortunately can dominate and even terminate that conversation immediately.  NOT having healthcare is not an option.  Or at least not a rational choice, especially as we get older.  The cost of healthcare in the US is a problem we don’t have a handle on and it only gets worse.  But, we are fortunate because we have the opportunity to continue to tap into the healthcare provided by my wife’s retirement from Multnomah County in Oregon.  It’s not free, but it’s at least affordable.  That was a huge box to check on the “Can we do this?” list.

The more interesting question one has to address revolves around whether you’re going to even enjoy retirement.  What will you do?  How will you fill your time?  How will you keep your brain from shutting down?  We’ve all heard far too many stories about people who end up dying after six months of retirement, in part because they couldn’t change gears going into retirement.  Their work defined them and there’s nothing wrong with that.  I just knew it wasn’t going to define me.

If I imagine I have a good ten years that I could continue to work, the question boiled down to whether I would work that ten years and then regret that I was no longer physically or mentally able to enjoy or even do the things I wanted to do.  Or, if I took the leap, would I look back at the end of those ten years and regret not having worked more.  In the end, for me, I’d rather take the leap and risk regret than work that extra decade and regret that I didn’t have more time to do the things I wanted to do, to learn, to try.

There’s obviously not a single answer that fits everyone.  I keep hearing stories of someone’s Dad who is still practicing law in their 70’s because that keeps them going and that’s great!  But, whether it’s working in your 70’s or learning and doing new things in your 70’s, I think the answer is to figure out what’s likely to produce more joy, and more happiness and do that!

I’m currently about two and a half years into retirement and I’ve enjoyed each and every day!  If you’re not someone who has a list of things to keep yourself engaged, then retirement will be a problem.  For me, that has not been a problem.  I always have a list of things I want to do or make or learn or try and that list always has things on it.  I don’t see being or becoming bored unless I lose the ability to do the things on my list.

So, who am I in 2023?  I’m a very fortunate person.  I have an amazing partner and wife.  We just celebrated our 18th anniversary and I will happily double that if I can!  I have a couple of kids who make me proud and still surprise me regularly with who they are and what they are capable of.  I have friends and family that I enjoy and try to spend time with when I can.  I still have a lot to learn about being a good person and trying to be a better person as I continue to grow and try to better understand the world and people around me.  I struggle with patience and there are a number of people I’d like to shake briskly by the lapels because I don’t understand how they think and how they behave, but I try to keep most of that to myself.  I don’t have many regrets, a fact that I’m thankful for, but I wouldn’t be human if I didn’t have a few.  I try to be a good person and I try to imagine what a better version of me would do and strive toward that goal.  Sometimes I’m successful, but not always.  And that’s okay. 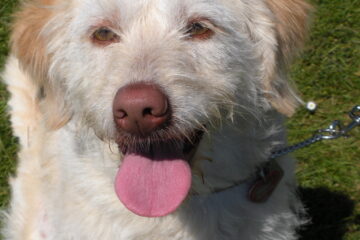 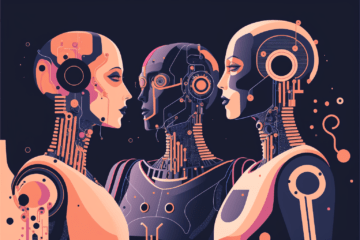