Two things converge in this:

All three of these projects, the rocks, the columns and the barricades are based on projects I saw either on Black Magic Craft or Game Terrain Engineering.  The former is a creative channel, mostly focused on creative table elements for RPG games, the latter is some of that, but he also throws in some cool uses of 3d printing.  Both are enthusiastic and are clearly having fun and I get good ideas of things to try, techniques to work on or just cool projects to watch being built – which serves as fodder for my own imagination.

The first are some large rocks used as terrain scatter for outdoor or subterranean encounters.  They are intentionally flat on top.  These turned out okay, but aren’t natural enough looking.  Might do again.

The second are a set of columns in a couple different styles.

The last are a set of barricades to throw down to impede direct progress or just for visual interest or cover. 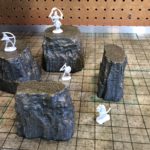 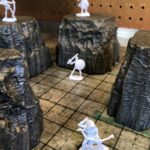 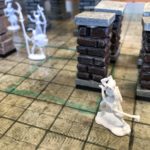 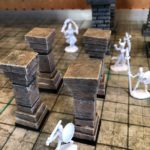 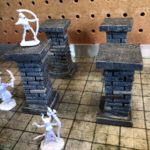 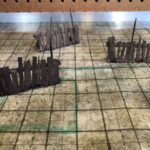