The first thing I did was go off to a nameless but commercial site that purported to make a custom logo just for me!  I had a $20 value coupon to try out the service, so I did just that and I ended up with this: 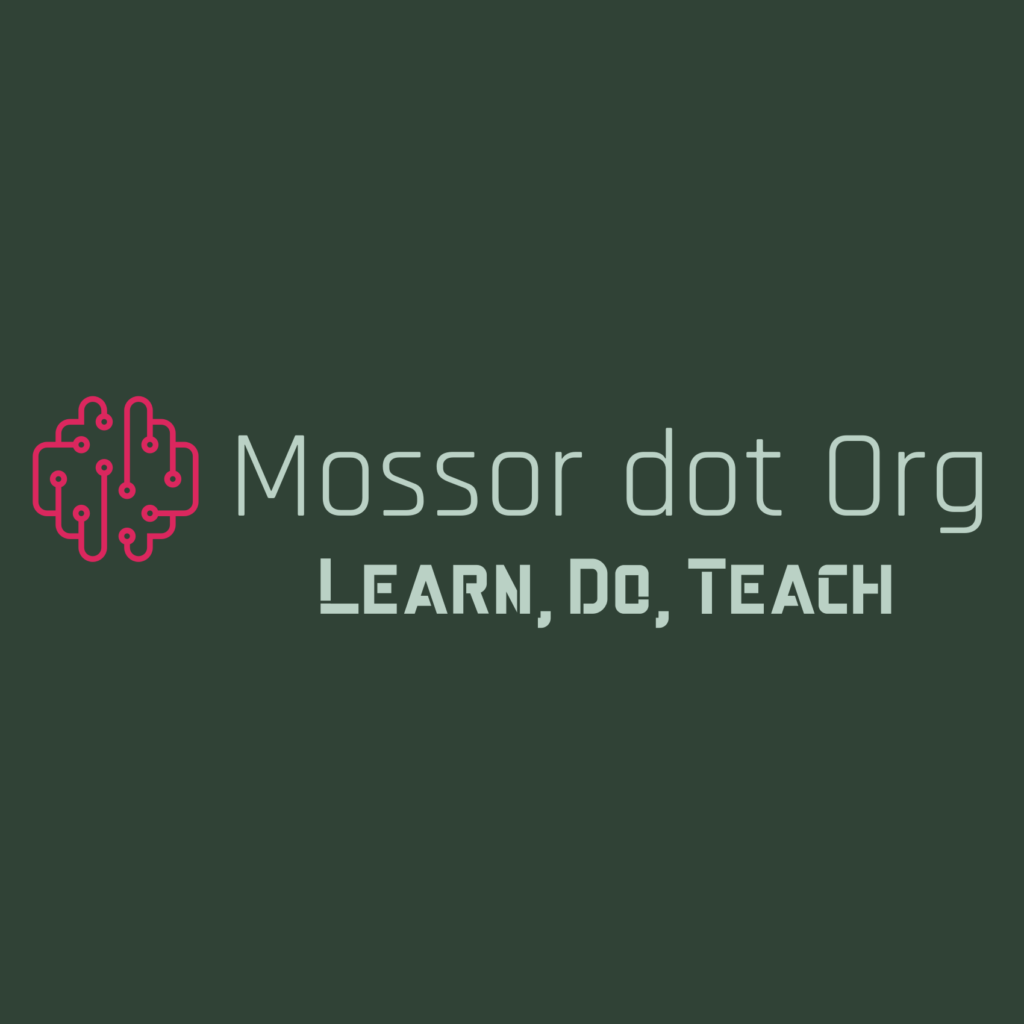 I could choose some of the colors, I could pick the font and words, the layout to some degree and the generic and nondescript icon and BOOM! Instant logo and brand recognition, right?  In the end this logo did this: 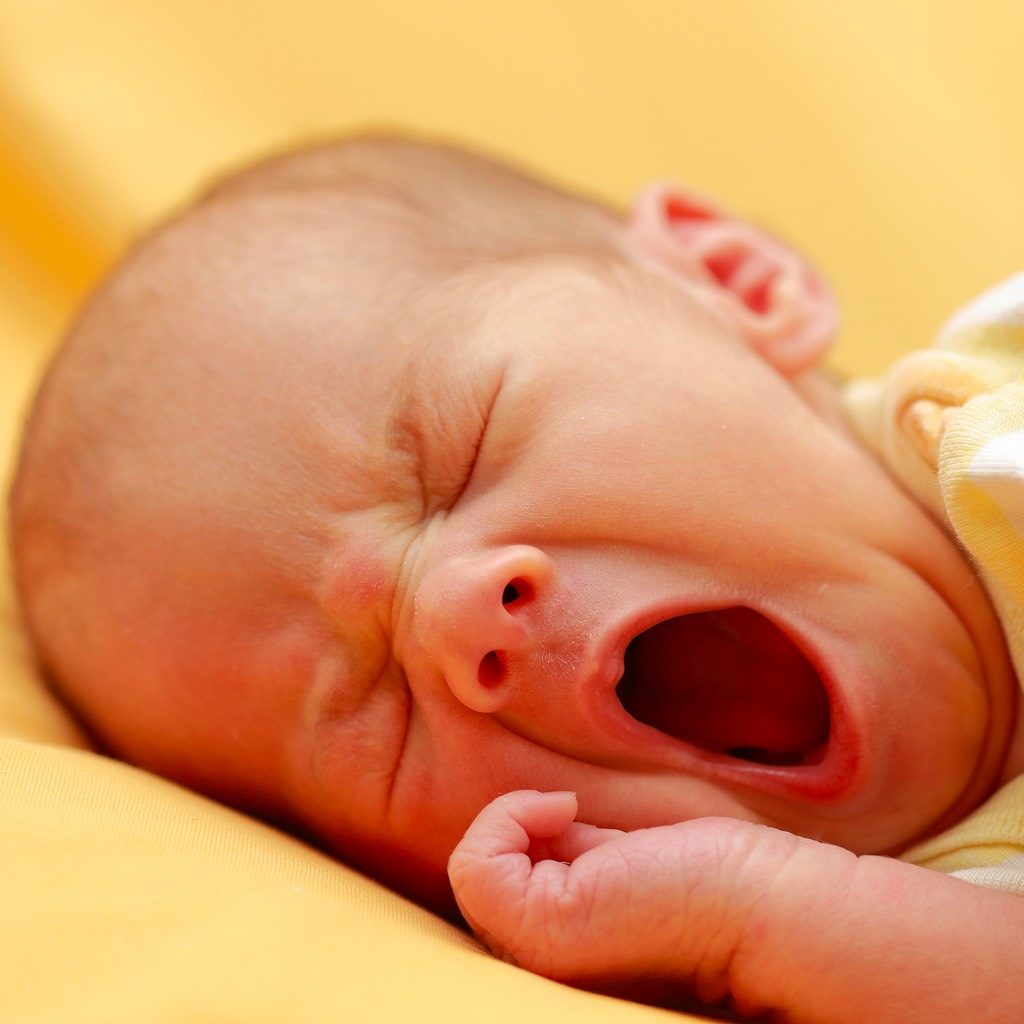 Yeah, I made a baby yawn.  To be fair, they do that a lot anyway, but this felt personal.  Deserved, but personal.

It didn’t really say anything.  It was in no way (pretty much be design) unique and it just sort of sat there looking wonderfully unexciting.  The baby promptly went back to sleep.

After that, I decided I needed to spend some time looking into logos and what worked and didn’t work for me, what spoke to me or elicited some kind of reaction.  I’ve said before, I am a terrible graphic designer and I don’t think that’s going to change.  There was an ongoing and probably eternal joke in software development that you didn’t let Devs or Engineers do UI (User Interfaces) or graphics.  The former because the results were almost always byzantine and unusable.  The latter because most Devs and Engineers are far more left than right brained.

After my research, I started doodling some ideas and came up with something I liked.  The next step was off to Affinity Designer to get into layout.  Here it went through multiple iterations and variations until settling in to this: 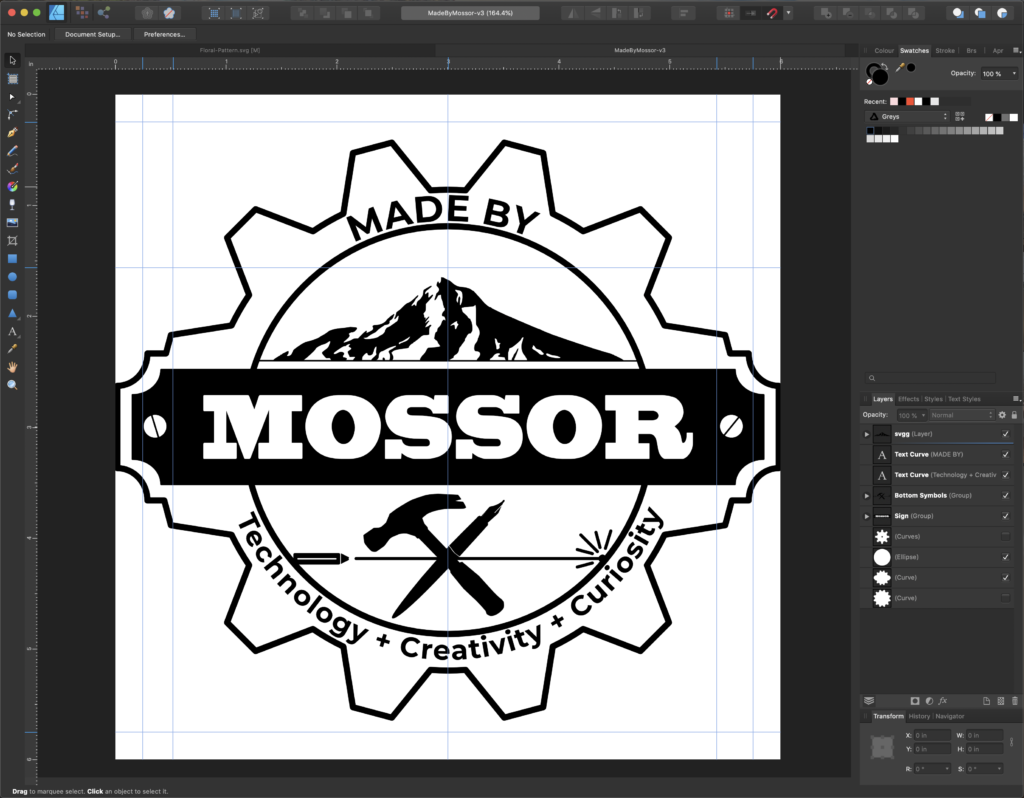 I liked the layout, it read cleanly, I liked shapes and the balance of light and dark.  It definitely was descriptive of me and what I would want my logo to say about me.  Gears, Mt. Hood, Hammer, Pen and Laser!  Yup, that’s me.

Since then, I’ve used it on a couple of smaller projects. 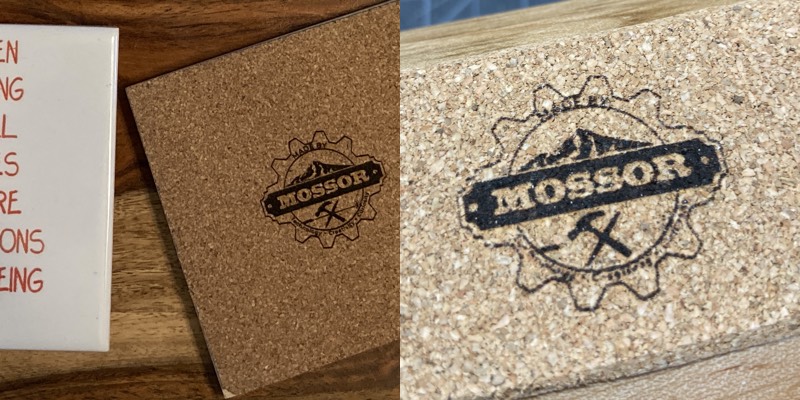 And I made myself a small 7’ sign as a test to hang on the inside of the door of my shed/workshop. 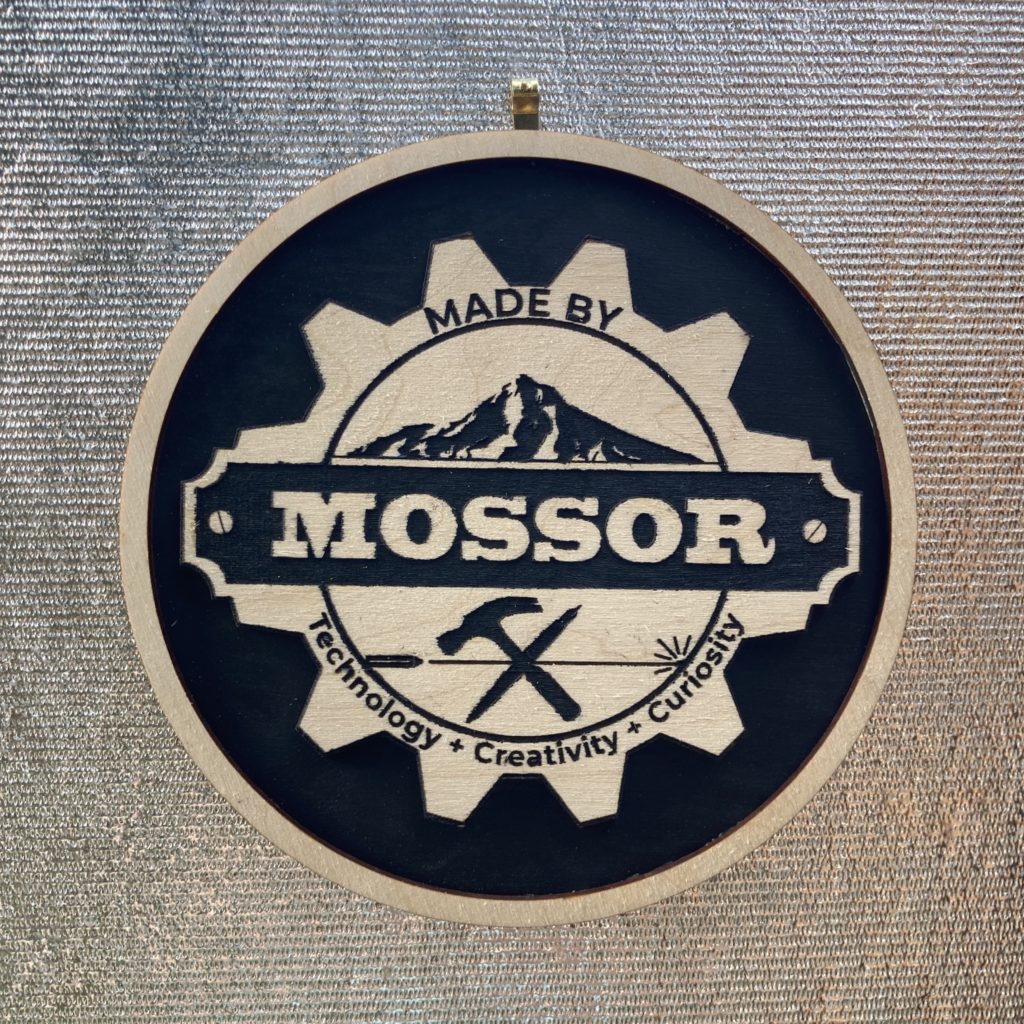 I did this now a couple of weeks ago and I’m still pretty happy with it, so I’ll probably stick with this for a bit.