A Great Place to Be From

Spring has sprung in the Northwest!  This last weekend was our first weekend where the temperature exceeded 70 degrees both Saturday and Sunday.  Grills all over the place were dusted off, cleaned and fired up.  Lawn mowers were uncovered, gassed up and the smell of freshly cut grass, gasoline and barbecues filled the air all over our neighborhood.  It’s a glorious time of the year and there’s no place I’d rather be.

I grew up in the Northwest, in Spokane, Washington, just 360 miles or so from where I now live.  The Northwest is where I’ve lived my life except for a few months in northern Florida and a year back east when I was around seven years old.  I don’t know if I will ever live anywhere else.  I’m not sure I want to live anywhere else.

In Spokane we had, as we used to say, “all four seasons”.  Each was roughly three months and each was kind of a picture perfect form of the season.

Summers were hot and lakes were warm.  You could plan on swimming from June to mid-September, though typically we were done once school started and we had to go back to normal life.  You could count on several weeks to a month or more where the weather is consistently 90 degrees or above.

Spring was warm and welcome and Fall seemed to blend seamlessly from the late Indian Summer in to Winter.

Winters were cold and Spokane would typically see at least several weeks if not a month or more with significant snow fall.  Forts were built, snowballs thrown and snowmen were built or destroyed and eventually melted.

Because this was more than a few years ago, it was not a time when parents had reason to be overprotective of their kids.  As a result, it was perfectly typical for me to roll out of the house after breakfast with only the guidance to be back by dinner time or, if I negotiated, by dark.  On my very cool ten speed with the curved handlebars, it seemed like I could range over the entire city.  Now, Spokane isn’t big, so looking back at Google Maps, it turns out my range was on the order of a couple of miles in all four directions, so really more like 16 square miles, but there was absolutely adventure to be found in that area.

On any given day there could a ride down to the Spokane river where we might go down to the river and jump along the rocks which was mildly dangerous but exhilarating.  Prior to the World’s Fair in Spokane in 1974, the downtown area of Spokane used to be a large rail yard from the days when Spokane was a significant hub in shipping things via rail.  That rail yard was renovated and replaced with Riverfront Park which became a favorite place to hang out on a sunny day.  One of the highlights when I was little was a carousel that had (and still has) the most amazing horses.  These were recovered from a previous carousel in Natatorium Park in Spokane after being in storage for a long time.  The carousel had one of those mechanisms that would swing out and you could lean out and try and snag a ring.  Mostly they were plastic read and blue rings which we could then throw (or heave as hard as we could) at a painted clown to try and get them in its mouth.  Each round there was one golden ring and if you pulled the golden ring, you got another ride free.  I got the golden ring once and it was very exciting at the time.

There were other places to go play that, in retrospect, were some combination of stupid or dangerous.  Just blocks behind our house was a factory that produced Presto-Logs from compressed sawdust.  The factory was not active on the weekends and it wasn’t gated so it was a huge amount of fun to go over there and run up and over and through the giant piles of sawdust.  Better, there were rumors that some kid has died after sinking in to one of the giant piles (they were probably 20-30 feet high) of fresh sawdust, which only added to the sense of danger.  Near that was also a company that produced cement culverts.  Each of these were 10-20 feet long and roughly 6 feet in diameter.  They would typically be stacked a couple high.  Again, it was closed on the weekends but not fenced in (or at least not adequately) because it was another place to go and climb and jump and run.

It’s amazing to think back on these things which seemed so mundane to me at the time and realize these are things I would absolutely have kept my own kids from doing, either because they were trespassing or because it was dangerous.  But, for me, they were just the canvas of my summers when I was growing up.

As I grew up it became increasingly clear to me that Spokane was probably not where I would need to be for my career.  I knew I was going to work in computers and Spokane was (and is) not much for what I imaged as High Tech.  The line I use sometimes is that Spokane was a great place to be *from*.  I loved growing up there and missed it when I moved away.  I have a lot of family there, still.  I went back a year or so ago when one of my favorite aunts passed and was able to spend some time with that family and it was a reminder of those wonderful times growing up and closeness that was shared with all that large and extended family.

After wasting some time looking for a job in the area and realizing that there really wasn’t anything that I wanted to do there, I decided to move to Portland, Oregon which possessed two things from my limited experience.  First, it was “the big city”.  This is certainly true relative to Spokane and arguably the Northwest, but is, as with most things, relative.  Second, in the mid-80s it was what was known as “The Silicon Forest”.  The reality was that the folks in the Silicon Valley had figured out they needed more people than lived in the Silicon Valley and folks were cheaper and easier to hire up around Portland, so that’s where I went.

Looking back, it’s also easy to figure out that it was a pretty safe choice because it wasn’t *that* different than Spokane.  Weather is a bit wetter in general, a bit cooler in the summer and a bit warmer in the winter.  All in all, it seemed like close enough.  Looking back after having been in the Portland area for almost 30 years, the thing I probably miss the most is all the lakes.  In the Spokane area, it’s hard to go 30-45 minutes in any direction without hitting a lake or multiple lakes.  I’m sure it’s a side-effect of the geology, but they seemed to be everywhere.  From the tiny to the large (Lake Pend Oreille (“Pond-a-ray”)) is huge and deep enough that at one point the US Navy tested submarines there), lakes are a part of life in that area in a way that they are not around Portland.

Small quibbles aside, I’ve never regretted moving to Portland.  We’re a bit more than an hour from the coast, a bit more than an hour from Mount Hood, a couple of hours from the high desert of Eastern Oregon and an hour or so from the Columbia River Gorge.  So, whether it’s beach time, mountain time, outdoor activities and hiking or exploration, there’s certainly plenty of beautiful things to do outdoors in this area.

One day I will try to explain my feelings about Ilkley. Thank you for an inspiring post.

I am particularly interested in how Lake Pend Oreille is pronounced – that’s French pronunciation, which makes me think it was named by French Canadian trappers or something. Also rather nice to still have some French pronunciation in the area after the mutilation of Mount Rainier’s name. 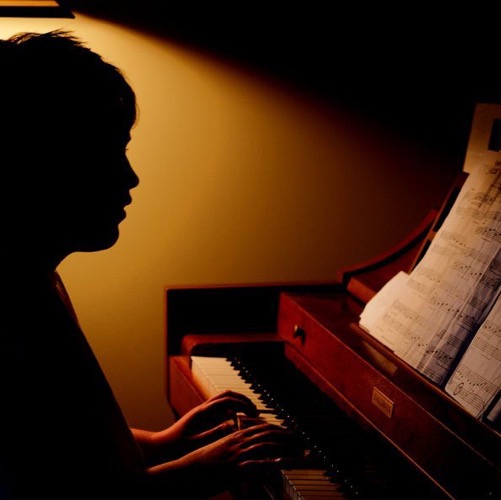