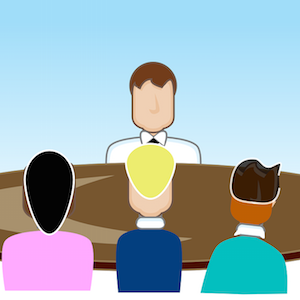 Interviews are interesting things. When I first started out, I thought they were all about me and, in a way, they were. I wanted a job and the company had to establish whether I was worth taking a risk on and giving me the job. As time went on I learned a lesson: As much as an interview is an opportunity for the company to interview the candidate, it should be, at the same time, an opportunity for the candidate to determine if that is someplace he or she wants to work!

This was a lesson impressed upon me by a mentor who pointed out that as much as they are trying to interview him, he’s trying to understand what he can about the products, the company and, most importantly, the people.

Interviewing for a manager position, especially in an engineering organization, can be an additional challenge. Typically you’re coming in to an existing organization where the people already know each other and have, in many cases, been operating just fine without you. Management above is trying to figure out if the new candidate is going to cause more harm than good and the team needs to work really hard to be sure they don’t hire in a new manager who going to make their lives even more difficult. As a result, I found in a recent interview that I had the opportunity to interview with quite a number of folks. I had one all day interview, one half day interview and at least a few of those were via Skype/remote.

In-person interviewing is hard, interviewing with someone via telepresence/Skype is even more difficult because you lose all the information we all gather, consciously and unconsciously, from being in a room with someone. Worst of all is an interview over the phone with no visual feedback. This is often the case with a phone screen and those are really tough to get a good read on someone.

And what I’ve found in the past, and I don’t know whether this was the case at this most recent interview or not, any single person giving the candidate a thumbs down may be sufficient to remove that candidate from consideration. I described this to someone as a painful version of the Dating Game because you’re trying to land a date with everyone you talk to! But, for all of that, I get it: The company is potentially bringing in someone that the team will spend more time with during the work week than they do with family, so choosing wisely is worth the time and considering everyone’s input is important. And, again, from my perspective, it’s equally an opportunity for me to learn about the company and the team as it is an opportunity for them to learn about me.

Here’s a story from a recent interview and then we’ll see what, if anything, I learned.

This was during an all day interview that went from 9am to 4:30. As an introvert and acknowledging that I am, to some extent, performing, it was exhausting!

During one of the slots, I had something happen which has never happened in all my years of job hunting.  It did such a number on me that I was speechless and for a few moments I felt like I might be having a stroke – it was that much of a surprise.

I sat down with one of the engineers and he had his laptop with him.  The very first thing he does after we sit down and he introduces himself is to set the laptop down, point at the screen and in a very serious tone said “Explain this page to me”.

I thought maybe it was some sort of test and at first I wasn’t even sure what he was really asking.  I looked a bit more closely and realized it was the company’s content blocker which was blocking access to a page.  I thought that was a pretty weird thing to explain, but okay.  Then I paused a moment more because I parsed the content of the page a bit more and saw my last name, or rather, Mossor.org. My domain was being blocked by the company content blocker!

Looking up at the URL bar – this seemed like it took five minutes to work out, but I suspect it was closer to 10 seconds that just SEEMED like forever, and saw that he was trying to go to mossor.org but the content blocker was blocking access.  Looking again at the block of text in the middle said the following:

I stuttered for a moment and then became a bit more indignant because, as I told him, I know every byte on that site and there is NO pornography!  He asked, again, deadpan, if I was prepared to clear this up with company IT and I said, of course!

It was at that point that he he let me off the hook and started laughing.  I know a couple people that work there and one of them had apparently tried to show him something from my site and they found that it was blocked and they both thought it was hilarious that it was blocked due to supposedly pornography.

It was, at the same time, one of the most challenging things that’s ever happened in an interview and, by far, the funniest.  You know, afterwards. After my blood pressure returned to normal. After the tunnel vision went away. After I could make sentences again.

What’s the takeaway from this? I could look at that and say, “Geez, that was a really mean thing to do.” But, I don’t think it was. Or at least I believe that wasn’t the desired intent. I think it takes some guts to do something like that to your prospective manager and I think it tells me a fair bit about the organization that I’d be coming in to. They don’t take themselves too seriously, there’s a sense of humor and a prank, even out of the gate, was fair game. All right, I can work with that!

And, as the Chinese say (and stole from the Klingons) “Revenge is a dish best served cold.”