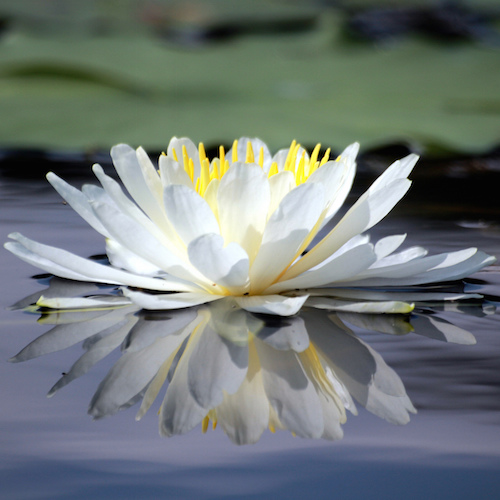 It’s cold outside and I am at home, warm and happy and a bit contemplative. The end of the year approaches just a couple of days away. All of this nudges me towards that most dangerous of activities: The Year In Review! And, as a coda to that activity, what are my goals for the new year?

On the professional front, it’s a time of transition. I will be starting a new job early in January. That means new people and the necessity to start building new professional relationships, as well as new responsibilities, new expectations.

Hey, wait, one may ask. Haven’t you only been at your current for a couple of years? Well, yes, it’s been about 30 months (30 months sounds longer than 2.5 years) since I started at VMWare. Roughly a year and a half ago, VMWare spun us out along with some other parts of other companies to form Pivotal, a new “startup” with 1400 folks. A year and a half in to that, the company has decided to reorganize their structure and that resulted in a shuffling of the organizational structure in engineering where I manage. The effect on me is that I went from a job that I liked very much where I managed a great group of people, worked for a boss I respected and liked and helped manage the product that I worked on to a new role called Technical Product Management where, at best, I was responsible for managing the backlog of tasks to be worked by a group of folks that would almost certainly change over time. I lost my connection to my product and my team and frankly that wasn’t appealing. As a result, I began looking via networking with friends and discovered that there was a new opportunity worth pursuing.

It was not a trivial decision. On the upside, I will be an Engineering Manager responsible for the team and the project, the job is downtown which means a shorter commute and easier access to all that downtown offers, but on the downside I would be leaving a known good group of folks and manager working on a product in which I felt invested. And, not for nothing, but it will be much harder for me to get away to play volleyball in the summer.

Some embrace change and that’s a characteristic that I envy on occasion, because it’s not one that I come by naturally. I know it comes down to control. I had more where I was, due to familiarity and the connections that I’d built and I will have less in the new job, at least initially, because I don’t know the people or the political landscape, the challenges that we’ll face or even what it is that I should be worried about. That unknown makes me uncomfortable.

I’ve read that we are at our best when we are uncomfortable. That we learn best, function at our best and excel when out of our comfort zones. Comfort can lead to taking it easy and that can be dangerous, it is true. On the other hand, changing jobs by mixing up your professional life every few years can keep you fresh or it can make you look inconstant.

Since I went to a startup back in 2007, events appear to have conspired to not allow me to be comfortable for long. The economy tanking in 2008 coupled with our startup running out of money led to a move out of the industry I’d worked in since my first job and in to a consulting organization. That company wasn’t successful which led to my most recent job and then the reorganization of that resulted in me, of my own accord, choosing change that I had confidence in rather than the alternative. It all seems explicable in retrospect, but at the time I know there were times I felt as if I was at the mercy of circumstances much more than I was in charge of my own destiny. But, that is the illusion, I suppose: We have far less control over our lives than we think we do. Certainly for someone with control issues, I suspect that’s the case.

In any case, starting early January I will start anew in downtown Portland at eBay as an Engineering Manager. The eBay office in Portland is responsible, in part, for developing the mobile app that runs on the iPhone/iPad, Android devices and Windows devices. In the last 7 years of so, mobile has grown to comprise 45% of the transactions taking place with eBay. The group that I am a part of provides what are called Platform Services to facilitate the mobile applications’ interactions with the backend.

As I said earlier, I will be working downtown, which will be rough savings of five hours per week in commute alone. I will be close to the Cart Food that Portland is so well known for (dangerous, but good!) as well as close to the waterfront – good for walking off the cart food. I’ll be just eight blocks from Christina which is an unexpected but very nice benefit. I also have several friends working downtown, so it’ll be much easier to stay in contact with them, be it taking a walk or lunch. There’s a gym at the base of the building so that removes that objection to working out more regularly.

Speaking of working out and in the spirit of reflection, I managed some focus on my own health this year, which was both necessary and good. I’ve been carrying more weight than is good for me for a while and after a very tough release at work, I decided that I was compromising my own health and decided to start eating better and getting more exercise. As a result, I dropped the weight that I wanted to and as an extra special benefit, brought my blood pressure down to the healthy range after it, too, had been climbing over time. Moving forward in to this next year, I plan on maintaining the healthier eating and exercise. I’ll be turning 50 this year in June and I want to cross that bridge healthy as well as happy. It’s certainly within my grasp, I just need to not lose focus.

At the same time, as I look forward, it’s also worth being thankful for things that come to an end. One thing I’ve realized over the years is that it’s often lost on us when we have a good thing when we’re in the middle of it. One of my favorite work experiences, both professionally and personally, was back at Eagle. I worked with great people and worked for people I enjoyed and respected. We had a great work-life balance where folks got along and seemed to enjoy each other. We had Nerf battles in the middle of the day and most folks participated. There were shared events and I cared about those people. At the same time, I don’t think I could appreciate how great that experience was while I was still in it. It was only after it ended, as all things do end, that I realized after it was gone, just how great it was. That realization resulted in a commitment I made to myself to try and appreciate the good things when I was in them, not just after they had ended.

I really enjoyed my last job for many reasons. I worked with a great team of folks who I really enjoyed on a personal level. I worked for a boss who I respected and who I learned from. He gave me challenges but, as the best bosses will, made sure that I was successful at the same time. He helped advance me professionally and looked for opportunities to help me without micromanaging. At the end of the day, he trusted me with his group and for that I’ll always be grateful, both professionally and as a friend. None of us are perfect, but he was and is a good man. That means a lot to me when you work closely with someone. I got to help people with their careers, creating growth opportunities and challenging them to grow. Sadly that effort was not completed, so I regret that I wasn’t as successful as I could have been if I’d had more time, but that is the nature of things like careers and organizations – they are never done, they continue, change and grow. And while I helped where I could, those careers, those people and that organization will continue to grow and change with time, with or without me. My hope is that I had a positive effect while I was there. And, at the same time, I wanted to be aware in the moment, as I am looking back, that I had a good thing and appreciate it then as well as now. So, thanks to the Gem team. I really did enjoy my time there.

Now, it’s eyes forward. My brain, despite my best attempts to just relax and decompress between jobs, has already started thinking about how to prepare for the new job, for the new team, for the new responsibilities. I think it’s going to be a lot of fun!

As we wrap up this year with all of it’s issues and problems all around us, globally, nationally, probably personally and professionally, my only suggestion would be to make sure and appreciate the good things in your life while and when you have them. There is little guarantee in life but change. Nothing lasts forever, so embrace the good things in your life and appreciate them. At the same time, identify a few things in your life that aren’t what you want and start thinking about what steps you can take to start making changes to improve things. Don’t let your life happen to you, be in charge of it, own it, be responsible for it and to it and make it what you want.

I am thankful for a good 2014 and I’m looking forward to the adventures that are sure to come in 2015! Happy New Year, All!